Tea and Beauty —Soetsu Yanagi and The way of Tea—

In 1955 Soetsu Yanagi held a first Mingeikan-tea-ceremony. At that time Yanagi adopted tea utensils without being biased by an established idea of tea ceremony. This was based on Yanagi’s principle that tea ceremony would not be claimed so without beautiful utensils according to his book ‘Thinking of The way of Tea’. This exhibition will re-transform the first Mingeikan-tea-ceremony, a special exhibition ‘Newly Selected Works for Tea Ceremony’ held in 1958 and others, and honorably introduce how Yanagi considered the Way of Tea.
The detailed information on associated exhibition is available in the leaflet. 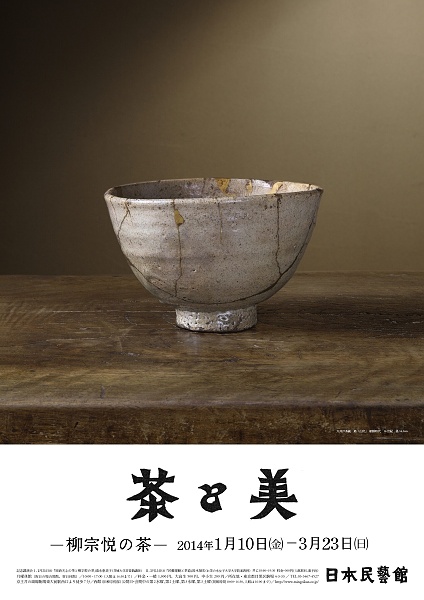 Mondays. (Except Holiday Mondays, closed the next day in this case