Okinawa, as Ryukyu Kingdom, has formed a unique culture of their own. It was in 1938 when Soetsu Yanagi visited the island for the first time. Since then he had visited Okinawa four times in total, conducted research, and collected crafts. Then he introduced its attractiveness through exhibitions in the Museum. This year marks the 50th anniversary of signing the Okinawa Reversion Agreement, and we will introduce Okinawa as a treasure chest of beauty again by their outstanding works such as bingata, weaving textiles, ceramics from the Museum collection. 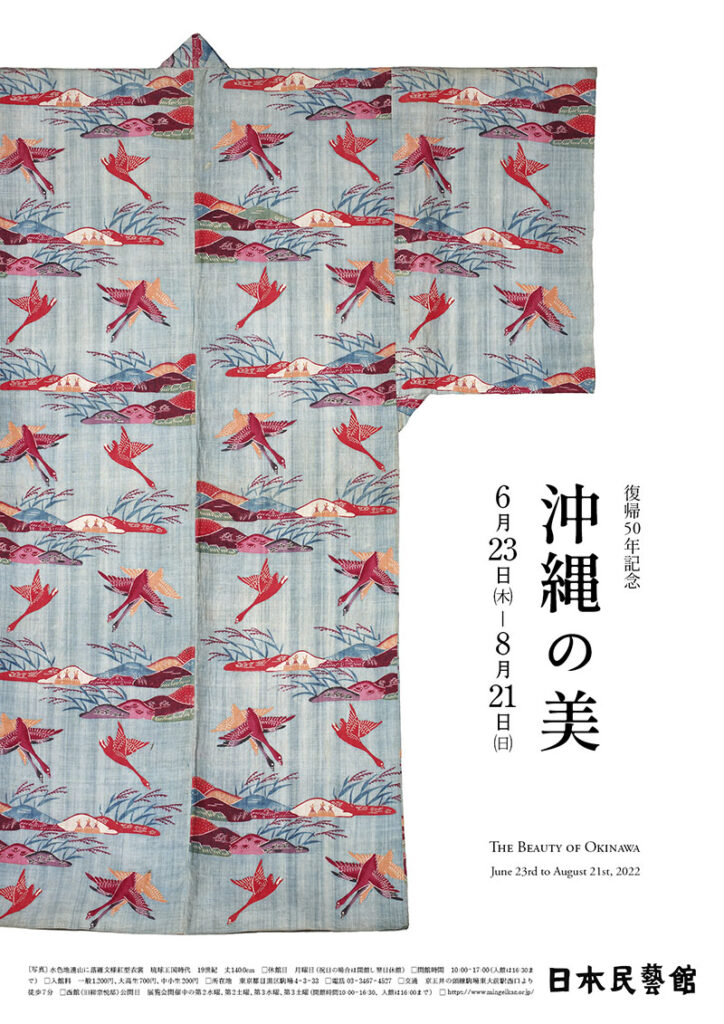