A wood block artist Shiko Munakata respected and admired Soetsu Yanagi as his only master throughout his life. Yanagi, on the other hand, had admitted and cherished Munakata’s talent. It could be said that Munakata is the person who embodied philosophy of mingei which focuses on Other-Power or Yanagi’s philosophy which places importance on Mushin (the state of no-mindedness). This exhibition includes letters between them, and introduces attractiveness of works by Munakata.

* Some objects will be rotated during the exhibition, scheduled as follows; the first period: January 11th to February 12th the second period: February 14th to March 25th 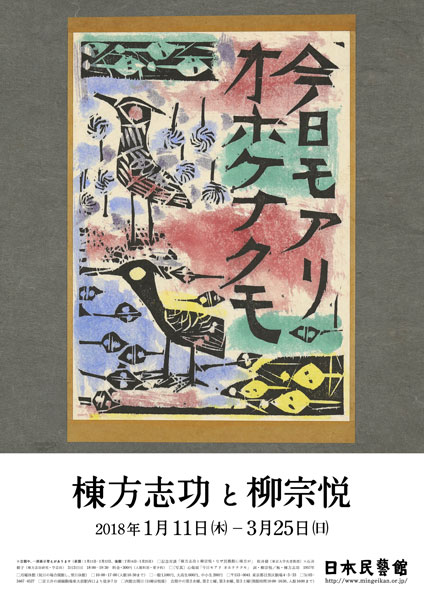