Western-Style Painting in the Edo Period

During the Edo period, Dejima in present Nagasaki prefecture was the only window to modern foreign cultures, which introduced new expressions to Japanese paintings. Western-style expressions could be seen under the influence of European style painting technique in glass paintings and Nagasaki woodblock prints whose themes were foreign objects, optique pictures, and Doro-e, pictorial souvenir from Edo in thick and opaque pigments. This exhibition introduces Western style paintings and Doro-e of the second half of the Edo period which Soetsu Yanagi, founder of the Museum, called ‘crafted paintings’ and regarded as folk paintings. 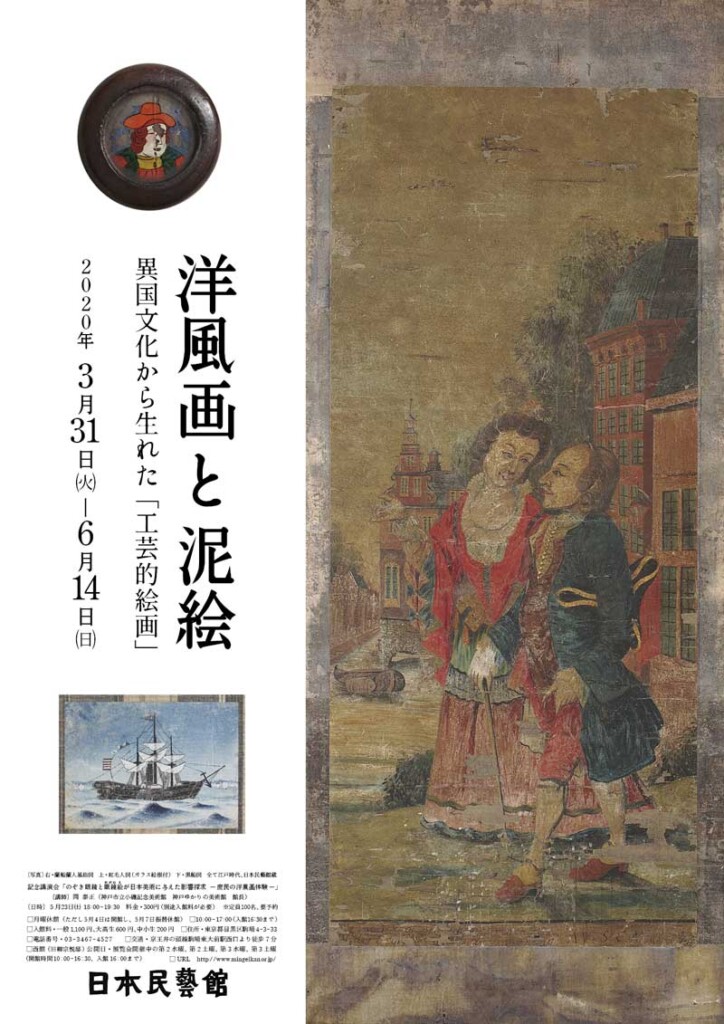 The Beauty of Ainu Handiwork