t could be said that the natural climate is a mother of Mingei as well as the source of aesthetic. On display in this exhibition are ceramics of private kilns, braided works such as mino, kera (a raincoat made mainly from straw) and protector for backs called senaka-ate, dyed and woven works such as katsugi (garment which fully covers her body from the head) as well as traditional embroidery works called kogin or hishi-zashi, fine works like kaba or birch works and urushi lacquer wares with careful technique, which were all produced in the healthy and steady life in the Tohoku region. In addition to these works, hanga or block print works by Shiko Munakata (1903-1975) who produced wood print works with deep affection toward his hometown Tohoku, are also shown. 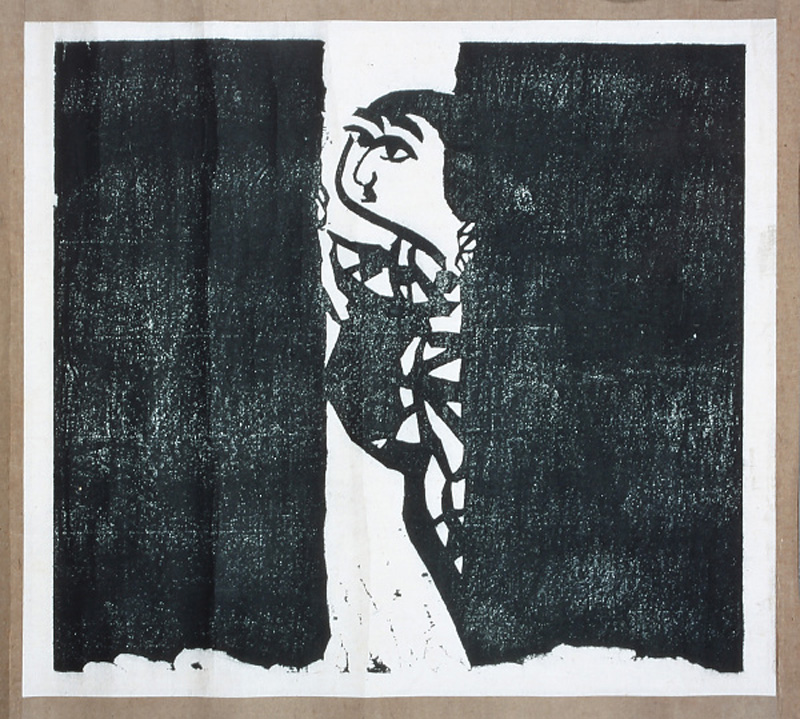 Bernard Leach (1887-1979), who supported the Mingei Movement, based on St. Ives, England and engaged in making pottery. Through his visit to Japan as many as 14 times and his creative works, Bernard Leach aimed to become 'a bridge between the East and the West'. The main characteristic of Leach's works is pictures on pottery and it is not too much to say that these works by Leach are as good as drawings of early Imari in the beginning of the 17th century and those of Holland pottery. In this occasion, representative works of pottery and paintings by Bernard Leach will be proudly on display. 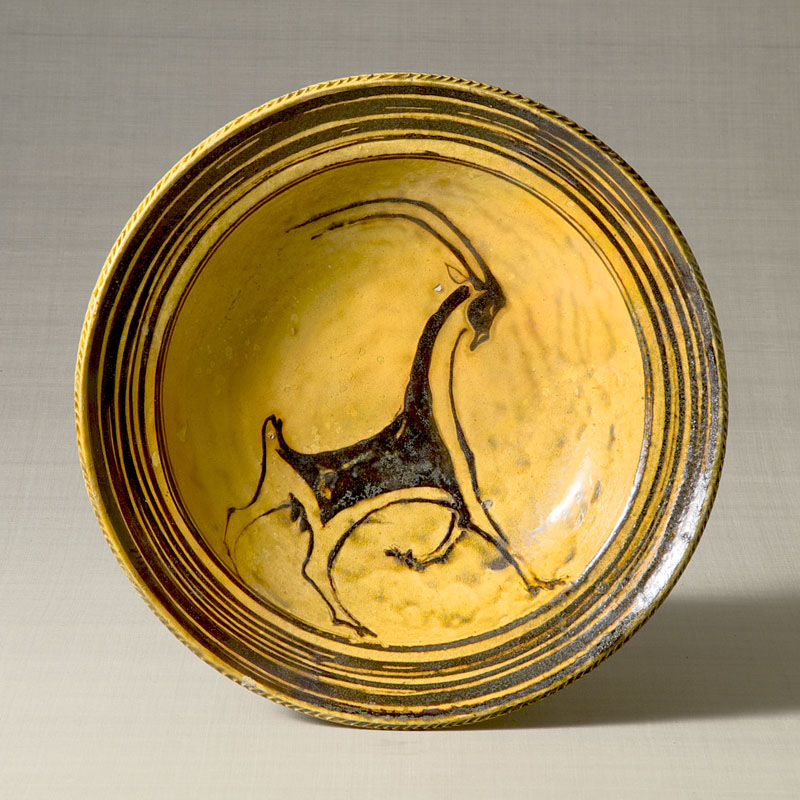 A founder Soetsu Yanagi visited Okinawa in 1938 for the first time and was impressed with splendid works there. It is known that these works of Okinawa had become known to the public widely owing to Yanagi. Bingata, which Yanagi admired deeply and collected enthusiastically, is unique and magnificent textiles. On cotton or ramie fabric, stencil paper is put to resist with rice-paste and then various patterns are dyed with pigments. Here about 135 items will be selected to be shown from the high quality museum collection like costumes with the traditional themes of natural beauty and wrapping cloths with arabesque patterns. 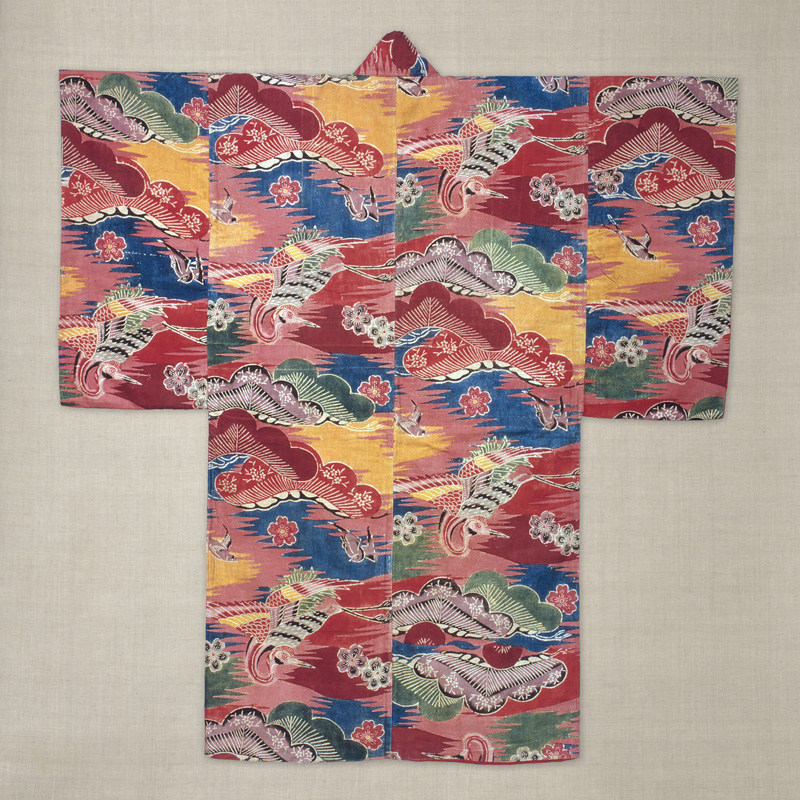 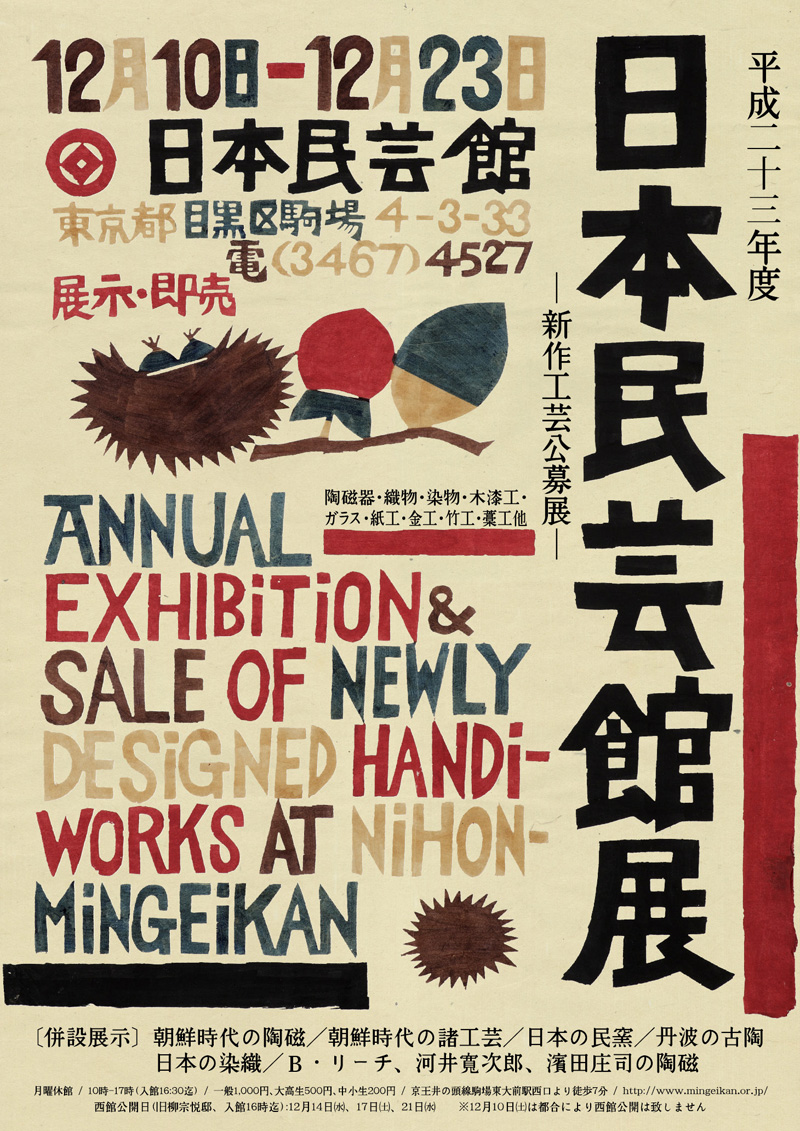 Since the old times, people have been attracted to a brilliant beauty of Japanese urushi or lacquer ware. Among them, Soetsu Yanagi highly valued urushi-e : those on which unknown craftspeople vividly drew auspicious omen motifs or flowers and grass motifs. It could be proved by the fact that Yanagi collected bowls, trays, boxes and many other urushi wares. In this exhibition, about 100 items of urushi crafts from the Museum collection, which include excellent bowls of Nanbu, Hidehira and Jobouji (mostly from Iwate pref.) as well as those made with various techniques like Negoro (coatings of black lacquer covered with coatings of red lacquer), Raden (mother-of-pearl inlay work), Rankakubari (sprinkled picture with eggshells), Shippi (lacquered leather) and so on. 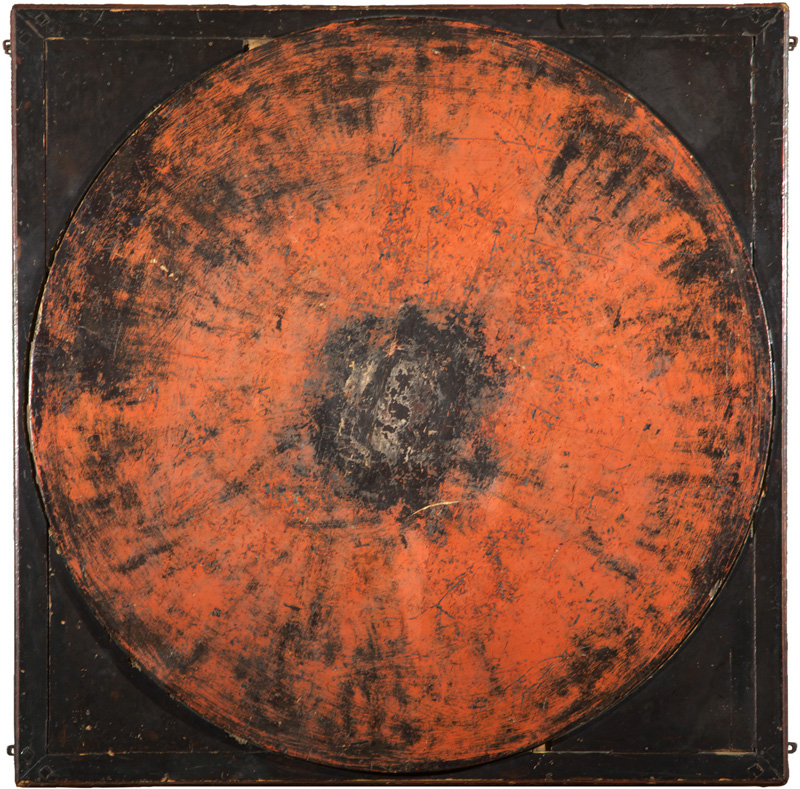