Soetsu Yanagi, founder of the Museum, was also known as an excellent aesthetician and he pursued the principle of beauty of crafts in Buddhism. Pure Land Buddhism especially inspired the formation of Yanagi’s philosophy, and he wrote ‘Namu Amidabutsu’ in his late 1955, which is considered to be the best masterpiece among his writings. This exhibition is a rare opportunity to show Medieval Buddhist paintings collected by Yanagi which had not been introduced all together so far. 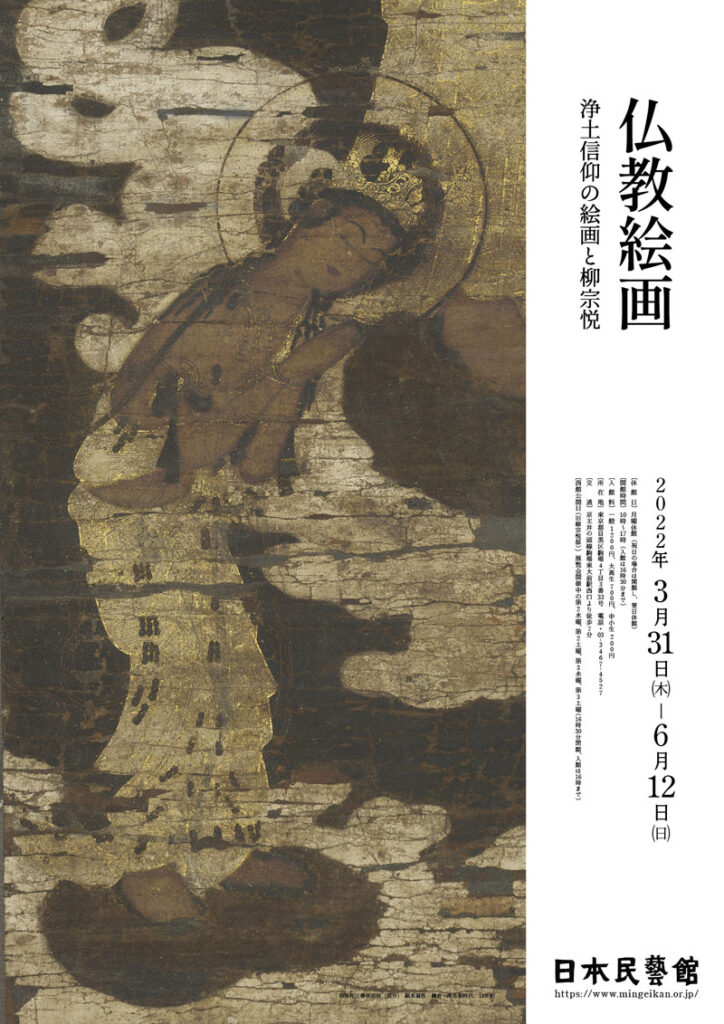